Citizenship Journalism: What Is Our Role? 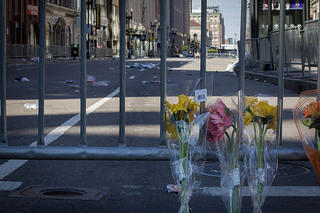 Does the advance of citizenship journalism give us the right to disclose tactical information?

Citizenship journalism is driven by people on the street who supplement—or even break— the news. We no longer need to rely on doled-out, filtered reports. Events take place in real time across the globe. People speak the truth. Pictures don’t lie. What could be better?

The natural progression of citizenship journalism has given the average American ability to access and report citizen-provided, up-to-the-second news information through a myriad of social media channels.

Citizenship journalism has also proven to be an exciting way to partake in both local and world events. Instead of relying on authority-provided updates, we can dole out unfiltered field reports directly from the scene on Twitter, Facebook, and a host of other sites.

But by playing the part of in-the-trenches reporters, are we turning ourselves into inadvertent suspect informants regarding tactical search strategies?

A few cases in point regarding citizenship journalism…

On May 2, 2011, the in-progress operation to capture Osama Bin Laden by raiding the compound in Abbottabad, Pakistan was first inadvertently leaked by a local resident/IT consultant on Twitter. Further, Keith Urbahn, then former Donald Rumsfeld chief of staff-turned-civilian, first confirmed the death of Bin Laden on Twitter at 10:25pm EST—a full one hour and 10 minutes before President Obama’s official address to the nation!

And most recently, we have witnessed the prime case of the Boston Marathon bombers, which turned into undoubtedly the single most concentrated manhunt on U.S. soil with the lockdown of nearly 1 million people within metropolitan Boston and its surrounding areas.

The first gun battle, resulting in the death of the older of the two Tsarnaev brothers, was broadcast in live, chilling reports as terrified Watertown, MA residents hunkered down in their homes—all the while many of them broadcasting accounts and photos of the encounter across social media platforms. Live citizen reports compensated an obvious—and unavoidable—lack of reporter presence. Again, what could be better?

Then take the long hours leading up to the final gun battle and arrest of the younger Tsarnaev brother, which took place only a short distance from the searched perimeter. We’re talking hours of streaming commentary and photos, with some information originating from investigative discussions on police frequencies/scanner channels. Plus details regarding specific homes that police were searching and tactics like perimeter setting and vehicle inspections!

If the assumed lone remaining bomber were hunkered down and tuned into these social media streams, then we would have been inadvertently feeding local and federal tactical strategies right into his hands (or into any unknown accomplices’ hands). Perhaps, we could have been giving every bit of information he needed to make an escape.

Citizenship journalism. What could be better?

Ultimately, we must ask: Have we marched ourselves straight into that fine line between providing a public service and possibly informing a suspect(s) of tactical search strategies?

We were lucky this time. The suspect was mostly incapacitated, apparently suffering from injuries related to the original gun battle. Citizenship journalism prevailed today. But what about next time?