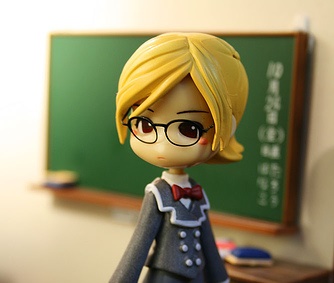 You can sound great by tackling these commonly confused word pairs

Although often interchanged in common speech, these two terms have different connotations in legal context.
Assault refers to a threat in which a person reasonably fears physical violence.
Battery involves violent and unwanted physical contact by another person. Assault occurs without any physical contact, while battery involves touching.

Blatant can mean obvious or failure to conceal an act. (The thief robbed the store in broad daylight.)
Flagrant refers to a brazen act that is conspicuously bad, offensive or reprehensible. (The politician’s actions were a flagrant misuse of power.)

As a noun, a complement is something that adds to, accents, enhances or completes something else. (Her jacket complemented her sweater.)
As a verb, complement means ‘to supplement or adequately complete.’

As a noun, a compliment is a flattering or praising remark or an expression of admiration or congratulation. (After the performance, the audience complimented the actors with applause.)
As a verb, compliment means ‘to praise.’

Discreet refers to being wisely prudent or circumspect in speech or behavior. (Since the party was a surprise, we were discreet about it.)
However, discrete means separate, distinct or unconnected. (The book contained four discrete sections.)

Ensure means to make certain or make sure. (I checked the oil before we left to ensure we would have a safe trip.)
Insure refers to the act of acquiring or providing insurance. (The boat was insured at the time of purchase.)

Both words essentially mean the same thing (e.g., inflame or ingenious). Flammable was originally created as a synonym for inflammable, which was often mistaken as nonflammable. Today, flammable is preferred to avoid any dangerous confusion.

Lay is a transitive verb that requires an object and is used to indicate an act of placement. (She lay the blanket next to the pillow.)
Lie is an intransitive verb that never takes a direct object and describes location (the manner in which something is situated) or the placement of oneself or another person. (When he gets tired, he lies down on the couch.)

Prescribe refers to ordering a certain action or a medical remedy. (The doctor prescribed medication for my migraine.)
Proscribe refers to banishment or the prohibition of something. (New legislation proscribes texting while driving.)

Principal refers to someone or something of the highest of utmost importance (The school principal called a meeting.) or of a loan requiring repayment (principal and interest).
Principle is a basic truth or statement especially regarding a belief or ideal (the principle of free speech).